WORDS: BETTY Over the last decade, the music festival industry has expanded globally, and so too has the vital role of the social media manager. There are millions of [...]

LEAD IMAGE: Bobby Light Dear Shambhala Music Festival, From the bottom of our hearts THANK YOU for another incredible year of adventure, excitement, growth, music, art, [...]

PHOTOGRAPHY: Bobby Light The smoke cleared, the fire kept at bay, but down on the farm Shambhala was on fuego. The Team settled in by our inaugural swim in the river, [...]

And so it begins. After 20 years of growing, building, dedicating lives, careers, relationships, hours, pilgrimages and everything in between, this weekend we celebrate one [...]

WORDS + ILLUSTRATION: Robbie Campbell The 20th Anniversary of Shambhala Music Festival is fast approaching (5.5 weeks!) and to continue the hype and celebration we are STOKED [...]

WORDS: Lauren DeGaine and Jamie Fricken Gib Via Leah Gair Photography Think of a festival as a marathon, not a sprint. But also a vacation. A marathon vacation. Except, I [...]

The most anticipated festival lineup announcement in electronic music community is finally HEEERRREEEEEE! Shambhala Music Festival will be celebrating their 20th anniversary [...]

WORDS: Ann Another year, another Shambhala been and gone. It feels like only yesterday we were wrapped in our fur coats galavanting through the ranch and stage-hopping to [...] 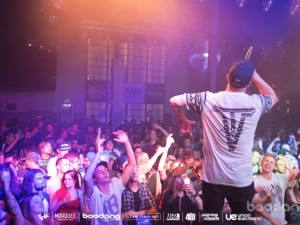