Ursula 1000 has provided us with the next instalment in the long running Fort Knox Five mix series dedicated to showcasing eclectic and funky sounds from across the world. [...]

“Pressurize The Cabin” is the third track off Fort Knox Five‘s most recent LP of the same name. Pressurize the Cabin is a true follow-up to 2008’s Radio [...] 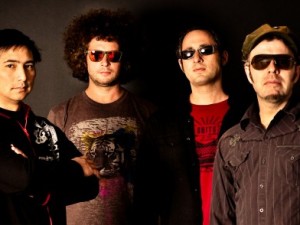 The boys from D.C have just put out the 28th mix in their Funk The World series! It is also availavle for free download so don’t miss [...]

Fort Knox Five, our favourites from D.C. have just dropped the 26th instalment of their Funk The World mixtapes! Guaranteed good times with the free download of this mix! [...]