When the Wooden Horsemen walk into the room you sure as hell notice. The group of seven artists are weavers of timeless music, dusting each song with remnants of folk, blues, [...]

The amount of talent based in this province of ours is overwhelmingly immense. Admittedly, my opinion might be bias, but no matter how much time passes, there are more BC [...]

Well this is big news. If you’re a country, rock or folk musician looking to gain some added exposure this coming year perhaps you should take a minute and read below. [...] 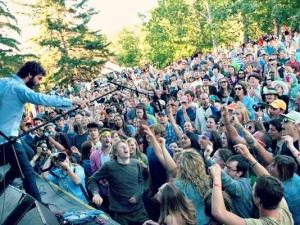 Every year during the most luminous days of summer, the ever-popular Calgary Folk Music Festival hosts a diverse collection of musicians from every stripe on its many stages. [...]

A singularity was broken and scattered into trillions of pieces and a few tiny pieces became the Earth. What was dust became a boy, and this boy became an artist. Dougal Bain [...]