Shambhala Music Festival & The Living Room Stage present: HOME: A Monthly “Kootenay time” in the City! (Vancouver) HOME is a place where the extended [...]

SO. On Monday, Betty and Kora are driving to Shambhala.  We will be there for a week.  Here are some activities that you should know about.  We can’t wait for [...]

Submitted by: Rushka A rave happens in the East Kootneys, and each small town transforms.  Streets once crowded with tourists and families, all window shopping for some [...]

Alright.  We’ve all been there. Ok.  Let’s start that again.  Most of us have been there.  That’s way less generalizing. It’s called T-rexing, and [...]

Res·o·nance  [rez-uh-nuh ns] noun The quality in a sound of being deep, full, and reverberating : the resonance of his voice .• figurative, the ability to evoke or [...]

We would like to thank our friends at Front Stage Pass for sharing this video with us on Twitter!!  Much love guys!!  ”Only those that will risk going too far can [...]

You know when you set up shop in festival camping and pray that you have rad neighbours?  Well, we got just that.  And a lot more.  Pete and Keeley ventured across the [...]

No one is creating music like this.  No one.  A Tribe Called Red is combining hip-hop, electronic, dance, dub step and reggae with traditional Pow Wow recordings.  This [...] 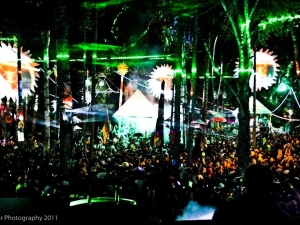 While tickets begin to dwindle, festival goers are already getting excited for some of BCs top festivals. So, what are your options this summer? Check some of them out! [...]