For New and Old Harvesters Heading Home For much of the Albertan festival scene, the beginning of July is a very exciting time. An incredible group of welcoming creatures [...]

If you know what’s happening in Calgary, you saw the insanity that went down inside of TEN for Wolfcastle Agency’s anniversary party. Featuring the talented, [...] 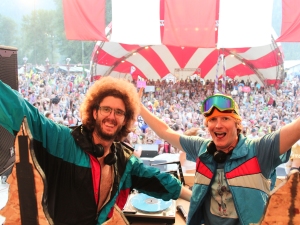