The name itself gives goosebumps, because there’s nothing we love more than getting W I L D in the heart of Cumberland Village. From the makers of Atmosphere Gathering, [...]

Words: Little D For some festivallers, fashion is an integral part of the experience. Bass Coast Music and Art Festival is the event to spot the most legendary looks (was it [...]

WORDS & PHOTOGRAPHY: Brett Fillmore Continuing with our summer nostalgia, we take a look back at Circle festival, now in its fourth year, has emerged as a low-key [...]

WORDS: Ann PHOTOGRAPHY: Little D (Lauren DeGaine) Can anyone else believe that Rifflandia 2017 was a month and a half ago?! Feels like only yesterday we were soaking up the [...] 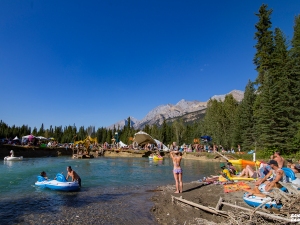 Words by: Fancy Clancy | Lead image by: Banana Cam Photo Fancy Clancy reporting for duty! Motion Notion was stellar – and not just because you could see every flaming [...] LEAD IMAGE: Bobby Light Dear Shambhala Music Festival, From the bottom of our hearts THANK YOU for another incredible year of adventure, excitement, growth, music, art, [...]