#WSSF has a saying: party in April, sleep in May, which couldn’t ring more true following our 2016 festival coverage. The crew is coming back up for round 2, and we’re stoked to see so many incredible artists around town this coming weekend. Check out our must see list below:

Steve Raskin (aka one of our faves) of The FORT KNOX FIVE has the midas touch for producing heavy hitting records. Since 2003, FK5 have released an arsenal of floor rocking singles and remixes from their Washington DC based label, Fort Knox Recordings.

As DJs, they know how to rock a party with infectious grooves that effortlessly move from funk, reggae, and hip-hop to prime time beats & breaks. Their unique DJ style has proven irresistible to club-goers worldwide. 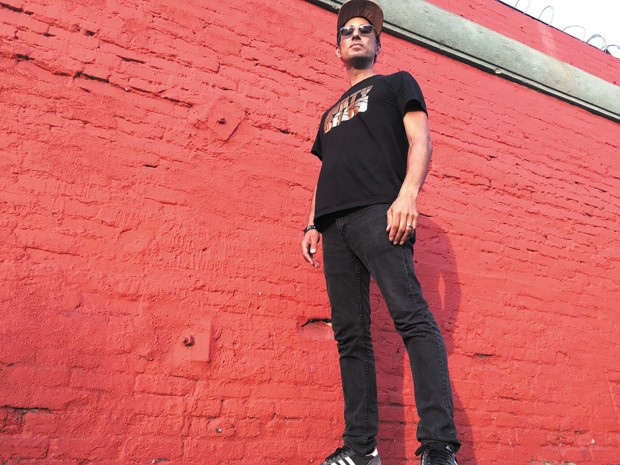 It’s been this way since the very beginning, when Keys N Krates went from being a live hip-hop band reliant on rough acapellas and memory-jogging remixes to something much more complex – a tight-knit trio of producers/performers – Turntablist Jr Flo, Keyboard player David Matisse, drummer Adam Tune – who take rocking a party as seriously as a week spent in the studio. “We always trade roles from song to song,” explains Jr. Flo. “It’s not uncommon for Matisse to flip a sample, or for me to write a melody, or for Tune to chime in on the mixing of a track. It’s not the fastest way of working, but everyone has a say in everything.”
Which explains why their breakthrough singles (the elastic loops and diamond-edged drums of “Dum Dee Dum,” the head rush hooks of “Treat Me Right,” a frantic, D’n’B-flavored “Are We Faded”) are able to pull the strings of packed festival crowds without resorting to tired EDM tropes. Hip-hop, house and UK bass music all play a role in a Keys N Krates record, but so do the dark-tinged dynamics and widescreen ways of indie acts like Caribou and M83. “Seeing M83 live at the Osheaga festival changed our whole perception of how their music translates live,” says Jr. Flo. “The chord progressions are beautiful and catchy but never corny. It’s pop music at its best.”

One of the most idiosyncratic personalities in rap — with his halting, ragga-inspired style and incredible complexity, inventiveness, and humor — Busta Rhymes formed Leaders of the New School in 1990 and released two albums with the group before breaking out with a 1996 solo hit single, “Woo-Hah!! Got You All in Check.”
In late 2016, Busta released the Return of the Dragon: The Abstract Went on Vacation mixtape just in time for the holidays. The collection contained a stacked roster of guests including Fabolous, Jadakiss and Styles P, O.T. Genasis, Chance the Rapper, Mary J. Blige, Raekwon, MF Doom, and Busta’s original crew, Leaders of the New School, on the track “We Home.”

Nick Middleton (The Outlier) is a celebrated producer, mix engineer, remixer, DJ, and label owner. From performing at the biggest festivals in the world (Coachella, Electric Forest), to remixing the biggest stars in the world (Imagine Dragons, Selena Gomez, Gramatik, Big Gigantic), Middleton’s career is built on a deep love of electronic music and a keen ear for the next big thing.
An Outlier DJ set represents the ultimate melding of Middleton’s unique path through both the creative and business sides of the music industry. Eclectic, ambitious, and rewarding, The Outlier brings a lens of discovery to the freshest electronic sounds crossing any genre – the only constant is big beats, big energy, and Middleton’s enduring lesson that business can be pleasure.

SATURDAY, APRIL 15, GRAMATIK, WHISTLER CONFERENCE CENTRE
Gramatik is an electronic artist, musician, and producer from Portorož, Slovenia. His styles and influences are mostly a blend of dubstep, electro, trip hop, hip hop, and glitch. He grew up influenced by American hip hop artists like RZA, Dr. Dre, DJ Premier, and
European electronic music of the early 2000.
In 2016 he released his latest album Epigram followed by extended Epigram Deluxe release with remixes and unreleased instrumentals at the end of the year. With many dates already announced and music collaborations in the works 2017 will be another banner year for Gramatik.