Festival producers, festival lovers rejoice! The good word is here, its illustrated, and in just 154 pages you have at your fingertips the advice and tips you need to throw a world-class event; all thanks to our bestest festival friend, Tucker Gumber aka “The Festival Guy.” He has personally reviewed over 90 festivals across North America and has made it his life’s mission to provide the feedback and information necessary to ensure everyone from major coporate organisations to grassroots start ups are doing what they can do throw one hell of a party.

We interviewed this festival revolutionizer to learn some more insight into the making of this industry essential:

Betty & Kora: What smaller/boutique festivals do you see exploding over the next few years?

The Festival Guy: What The Festival and Northern Nights are two festivals that I absolutely adore and I’ve given perfect reviews to. It’s only a matter of time before they deservedly blow up.

BK: Have you ever seen anyone sitting on pavement at a festival? Rate their stoked level.

TFG: I have seen hundreds, maybe even thousands, of people sitting on the pavement at festivals. They don’t seem not stoked, but they also don’t seem to question why there isn’t anywhere else for them to sit. Right from my very first festival I started questioning things. In my first trip to a porta potty it was pitch black inside and I wondered why. If the event producers had a year to plan this, why the hell weren’t there lights in the bathroom? Five years and 90 festivals later, this book gives festival producers a 150 page checklist of things they can do to throw a kick ass festival.

BK: You had some amazing contributors in the festival community add their valued advice. When can we expect the mother of all festival experiences from Tucker and Co?

TFG: I’ve had people asking me to throw my own festival for the last few years and the contributors to the book are a true dream team of music festival industry experts. If I was going to throw a festival they would be the first people I contacted to bring it to life. I don’t think producing my own festival is what I’m supposed to do. At least not for a while. There are still a lot of issues in the festival industry that I’m excited to try to solve.

BK: Before you began writing this book, what was the biggest question that remained unanswered for you, and ultimately that you wanted to gain insight on?

TFG: When I began writing the book, the biggest question was if I was really going to be able to pull it off. Though I had been reviewing festivals for the previous four years, my reviews were always written to my fellow FestivalGoers and maxed out around 1,000 words. This project was massive. I wasn’t just writing to a new audience, I was working with contributors, editors, photographers, Vendini Publishing and an incredible artist named Andrew Steers. The end result is something that far exceeds anything I could have imagined when I began.

BK: What is the biggest challenge that you found for festival throwers? Is there one major hurdle that many festivals face, regardless of their location, size or musical affiliation?

BK: What has been the best response from someone who has read your book been thus far?

TFG: I have had multiple festivals reach out to me after reading the book and invite me to their event, so I can see it in action. The response has been consistent with this quote from Chris Weld from MCP Presents, “Before you go and throw your own festival… read this book. Wonderful insight from a side of the industry that often goes unheard from”.

BK: Where can people pick up the book?

TFG: You can get the electronic version at Blurb or a paperback version on Amazon. 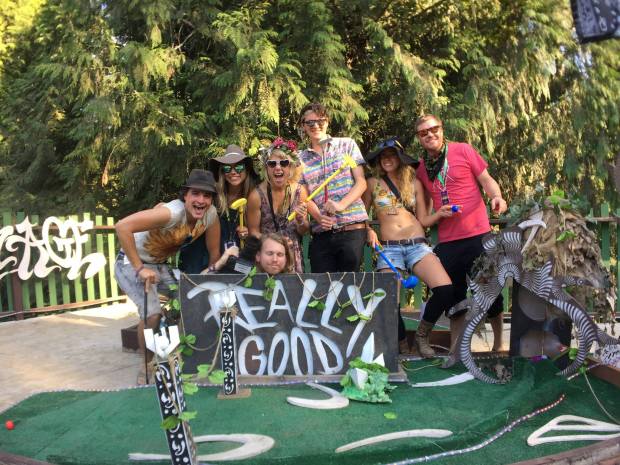