Our home girl Kalisi Luv took a moment to reflect on one of her’s and our fav’s JPOD the Beat Chef. She also stole a few minutes of time to hear his thoughts on DJ-ing Vs. Producing, The  ‘Soundcloud Exodus’ and lots of other crunchy bits in between. CHECK IT OUT!

Whenever I embark on a life-changing journey to a Music Festival and hear that JPOD the Beat Chef  is playing I make sure not to miss his set. Each performance is always full of an eclectic array of musical genres such as Reggae, Latin, and Jazz, which JPOD skillfully infuses with a funky, bouncy bassline that is uniquely his. Podsta has shared his exclusive flavor and precise technical skills all over the world, including Australia, where I was lucky enough to catch his set at Stacks on Festival in Melbourne, Costa Rica and a recent European Tour. 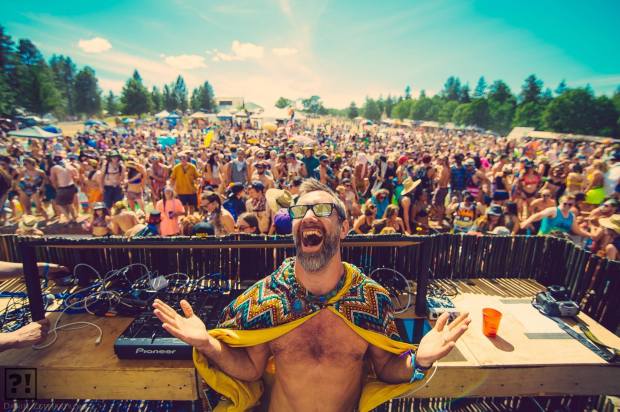 JPOD at What The Fest Photo Cred: http://canphoto.zenfolio.com/

One thing I find especially likeable about JPOD is his energy on the decks and on the dance floor; when he’s not mixing he’s socializing with friends and fans or enjoying the action with his beautiful wife at his side. Also, JPOD shares his love of music with his fans by posting free downloads of his music on his facebook page  periodically which is just another indication of his positive, friendly and authentic nature.

On October 15th, Monster Energy and Wide Open Media are excited to host JPOD the Beat Chef at Victoria, BC’s Distrikt Night Club. The opening acts include Basement Freaks  whose funky breaks are bound to boost the crowd’s energy and Victoria’s own The Funkee Wadd who will warm up the dance floor with some Funk, Electro, Drum and Bass, Hip Hop, and perhaps even some Swing.

Kalisi: What have you been up to since you got Crunchy with Betty and Kora at last year’s Atmosphere Festival?

JPOD: I keep myself pretty busy touring and writing music. Last winter I toured Australia for 3 months which is always a special time with friends down there. When I came home the big push for summer deadlines kept me busy in the studio writing BlissCoast volume 5 – Soul & Sunshine . And for our summer I toured extensively playing shows every weekend for 3 months in Canada, USA and the UK.

Kalisi: You are both a DJ and producer which isn’t something you always see, which is your favourite and why?

JPOD: I have a love for both. I started as a DJ and have always enjoyed the energy of playing shows mostly because I truly love to dance. However as shows have become much more common I am looking forward to finding ways to do more work from home. There is so much music I want to write and it is hard when there are always shows to go to. Uninterrupted studio time would allow me to really focus on writing some new and interesting kinds of music.

Kalisi: I was lucky enough to meet up with you at Stacks on Festival in Melbourne, Australia and facebook tells me you have just recently returned from another overseas trip–can you tell us a little bit about your favourite gig outside of North America?

JPOD: Between Australia and the UK there’s going to be multiple memorable shows. Australia has Earth Frequency – one of my favorite festivals worldwide. It is always an honor to get to play there. This year I played at a festival in the UK called Boomtown and it was spectacular. 50,000 people converge on a town literally built just for the event, it is impressive and diverse. That was a great experience.

Kalisi: Out of the different countries you’ve been to, which would you say has a similar vibe to the Canadian Music Scene and why?

JPOD: One of the places that I go which tends to make me feel the most at home is Colorado. There’s something about the people there that, despite not being coastal, have a very similar feeling to the West Coast Canadian music scene we have here. They are very supporting and it’s always a treat to get over there.

Kalisi:What do you think of the whole ‘Soundcloud Exodus’ and where can we find your music?

JPOD: This is a large topic – one that I have more to say about than would fit here. I can summarize by saying that it is very unfortunate that they are catering to the pressure and allowing underground artists and those who have chosen to embrace remix culture be bullied. It certainly doesn’t feel right what happened to me given my high standards for doing this fairly. However, I am working with a team of people to build something new and better so keep a lookout for that. In the mean time I have put my catalog at http://youtube.com/jpodmusic so subscribe there to keep up to date with my music.

Kalisi: Out of all the festivals you’ve been to, which would you suggest to others?

JPOD: Bass Coast and I have a special relationship and it is always my favorite time of the year. For one, the people that attend and support Bass Coast are some of the most beautiful souls that I know. Perhaps I’m biased but it is such a quality group of people. The other reason is because of the Bliss Coast series. Every summer I write a themed remix album just for Sunday at Bass Coast and the tradition has become the most beautiful hour of my year. It’s a lot of work so having such a heart-felt response that grows stronger each year of course would make this particularly special to me.

Kalisi: Which festivals are you hoping to play next summer?

JPOD: With a child on the way life is sure to be hard to predict. I’m sure that Bass Coast  will continue to be part of my tradition. Shambhala has now been an 11-year institution so that will likely continue. I would like to get back up to Astral Harvest  as I’ve only been once. I’m hoping for KAMP again and would love to get to Atmosphere  too. Motion Notion is another one I enjoyed and have only been once. Fozzy Fest seems to have a lock on one of the best venues and I had to miss out this year so maybe I’ll get to enjoy that beach again next year. Diversity is definitely a favorite but it doesn’t always happen every year. And that’s just Canada! In the US there’s so many more: Beloved, Lightning in a Bottle, What The Fest, The Bounce (if it ever happens again!), Electric Forest, Sonic Bloom, Enchanted Forest, Serenity Gathering, and on and on! 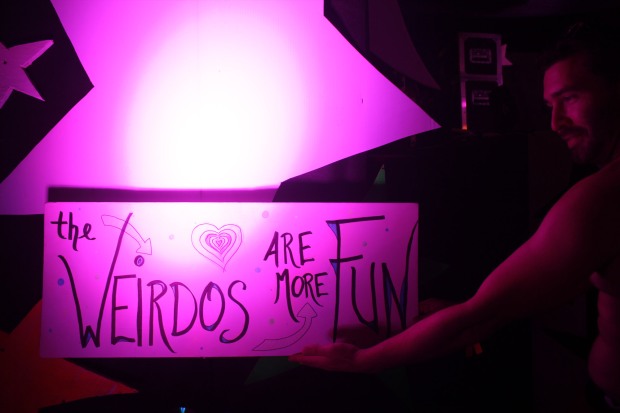 Kalisi: Congratulations on the bun in the even! And we can’t wait to see you at these festivals next summer. Thank you so much for taking the time to chat!

PS WE WANNA GIVE YOU AND A FRIEND A GUEST LIST SPOT FOR JPODS VICTORIA SHOW !

3- Leave a interesting or funny comment and you will automatically be entered to win! Contest ends tomorrow at 8pm