This year I, along with so many other attendees, have fallen in love with FozzyFest.

Growing from a small birthday rave in the forest in 2004, FozzyFest sailed the Alberta flood a few years ago and landed on Big Springs campground in Lake Koocanusa. This gorgeous location, combined with one of the most solid communities around, creates a desirable foundation for a festival. Add that to the next-level production and visuals that were brought in this year, and you truly can’t go wrong with a little Fozzy in your life next festival season. 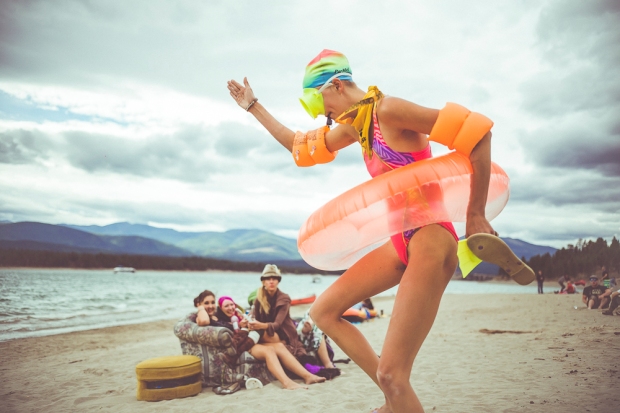 Arriving a little later than planned, I was greeted by a good friend who had just returned from a trip to the island, and was there working main gate. As she parked us up we got out and found some more homies pulled up right in front of us.

Immediately upon walking into this festival, my jaw dropped. Fozzy has always been a small to-do, but this year they went all out. We headed past the Forest stage, a massive 27ft-tall creation that looked like a castle turret enveloped in the woods surrounding it. Each brick used to create the stage was sourced from recycled hard drives from Calgary’s electronics stores, and the structure was decorated in vines – with the lights and effects across it, this stage’s design kicked major ass.

I could tell this was going to be a damn good weekend. 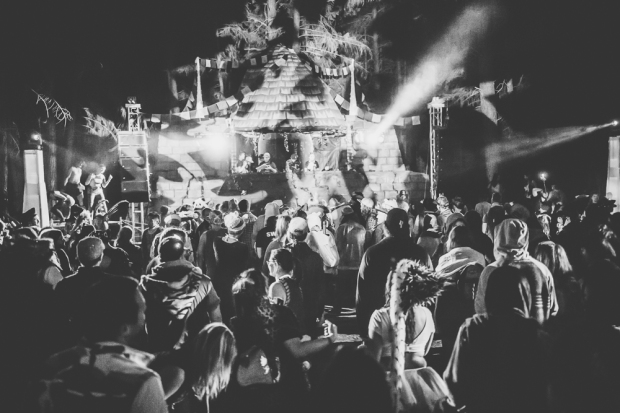 We headed over to the Beach stage and caught the last 20 minutes of Big B’s bouncy set, which got me right into the mood to dance. The stage’s concept was created with planks and lights to look like a ship wrecked in the bay, outfitted for a serious party. Projection mapped sheets looked like sails floating above the site, and the overall effect was as realistic as you could imagine. Both of the main stages this year looked like something straight out of a fairy tale, and the music was just as magical.

After Big B, whose set was the bubbling fun that I needed to get me into the festivus mood, Cain.1 took the decks at the Beach and laid down some thick drum and bass beats. A member of The Supreme Hustle, this Banff-based bass freq master regularly performs at some of our favourite west coast festivals. 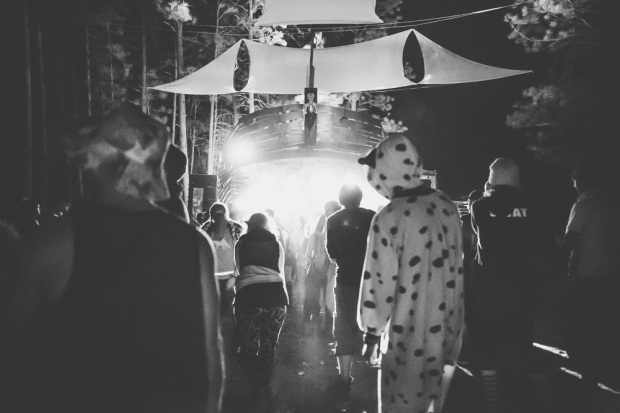 We headed to the Forest to switch things up, and found Defunk tearing the crowd apart with his high energy and intense music. Defunk is a YYC favourite; Calgary is known to go nuts for certain artists, and this guy is squarely placed upon that list. Following his sets were another local Calgary act, Treblesum vs. Melo.nade. These guys have been destroying stages all summer, and their sets are known to get everyone on the floor moving to the low, rolling sounds that emanate from those PK bins when they play.

We shut down the Forest stage with Gnarcotics and stayed out ‘til the early hours, sleeping just a couple before getting fully set up. Afterwards, we found ourselves with a pie and no forks – and, on reflection, no hot tub either. So we made our way to the closest houseboat and made acquaintance with two lovely lads from Revelstoke(d.) This was a funny way to spend our first morning at Fozzy – lounging in a hot tub with new friends, a pie, and some good morning tunes, trying to make more friends with passersby on the beach by luring them in with our baked goods. Alas, no one bit. (Pun intended?) 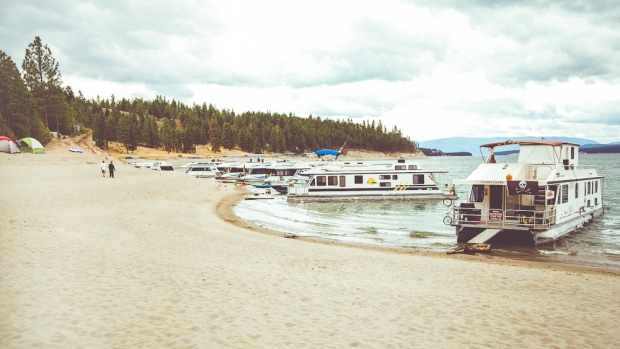 FozzyFest is heavily representative of the Calgary community – sometimes every stage would have a Calgary DJ on it. Serving as one of the best spotlights of the talent in our pool, this festival doesn’t just bring a DJ to represent all of the big crews, like Logo for 403DNB, Kali Yuga for Genesa Series, Alan Flava for Truespin, or Eradik for Philthy City – they include people from all over the city at different points in their careers, from absolute festival veteran JonDelerious to first-timers including the aforementioned Logo, a talented DnB artist we’re lucky to call our own. During the day and evening we’re treated to all of this local talent, waking us up and getting our feet moving again.

Night fell and the energy was high. Friday night at FozzyFest was going to feature some killer acts, some of which we were familiar with and some that were new surprises. The headliners kicked off at 11:30, starting with Slynk. With a crazy Calgary fanbase, his funky beats and cutting turntable skills did not go unappreciated, drawing a massive crowd to rock out to his set. He finished off in his regular style, throwing in some deep drum and bass to end the crowd on and kept them warmed up for Sammy Senior, who was guaranteed to provide a funky good time. At the Forest stage we had Funkanomics ripping through with his slamming, funky sound, and Plump DJs to follow with hard-hitting breaks, their snappy sounds interlaced with choice bass vibes that you won’t be able to help but move to. To end the night, we ventured back to the Beach for Reid Speed, absolute bass boss, who threw down a rough and tough set with a variety of grinding BPMs. 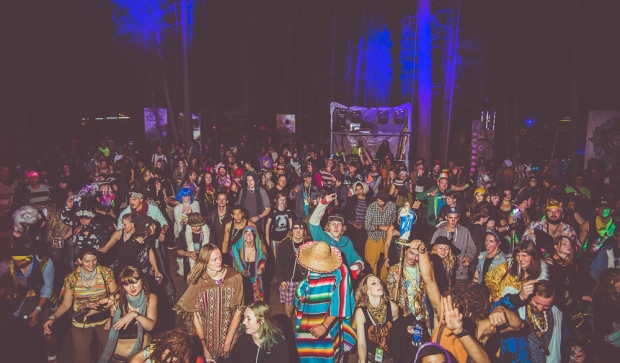 It was impossible not to feel peaceful waking up on Saturday afternoon. Stepping onto the beach with Caesar and gummy bears in hand – also known as ‘the breakfast of champions’ – I was treated to the sounds of the Caribbean Sunshine Sessions, hosted by ColorVision, coming from the reliably rad Crystal Cave stage. A beautifully set up geodesic dome, this stage pumped the beats from all of our favourite FozzyFest regulars who organized into collectives for the occasion and kept the entire beach flowing with the soundtrack for our sunlit good times.

Grabbing something to eat as I wandered over to the Beach, I had to look around and appreciate the small touches that had gone into creating this community. Coming from modest roots, FozzyFest sold out in a massive way this year and the crews still managed to put beautiful finishing touches on absolutely everything. From the incredible level up in stage production at both the Beach and Forest stages, to the small paper lanterns lining our paths, our lovely little Fozzy managed to balance all of their new challenges with care while still creating the warming nuances that come along with a smaller festival’s community. As every face I passed smiled in greeting, I couldn’t help but appreciate what had been born within this festival – FozzyFest is a new family. 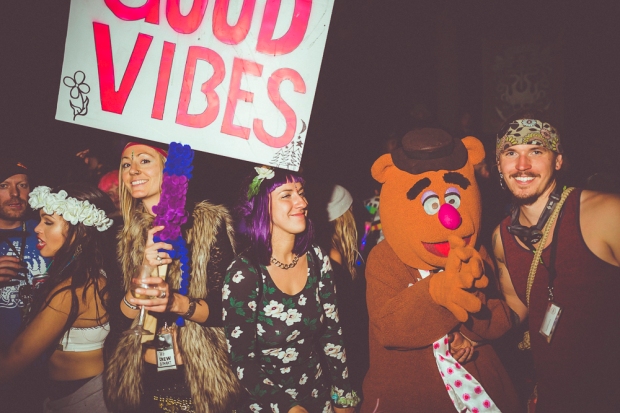 That idea carried me throughout my Saturday evening, which I began with Bigworm at the Beach. His heavy set contained a plethora of my favourite tracks, and while I sat eating my food in the area behind the stage, I couldn’t help my foot from tapping and my face from scrunching up at each new drop. Tonight the party was heavily staged at our shipwrecked Beach, with bass massacres being perpetrated by Kyle Cross with deep rolling bass, Alan Flava’s set of full-on bangers, and NC-17. There was a lot of hype around the latter, with all the junglists coming out of the woodworks to cut a rug to the drilling drum and bass sounding from the PK bins. Having made an appearance in Calgary previously this year, NC -17 was one of the sets most looked forward to by the top brass of the DNB community.

Following these sets was The Prototypes, the set that I personally was anticipating the most this weekend. From Brighton, this duo has dropped anthem after anthem in these few years past, has signed with Viper Recordings, and recently released their debut album ‘City of Gold’ in May of this year. Chris Garvey, who was here to grace our stage as the Prototypes, was joined by his auntie and cousin who were visiting from the nearby Jaffrey, a favourite vacation spot from his childhood. We were treated to a great set of hits from all over the map, and the crowd was continuously growing as more and more people flowed to the Beach to experience his set. As a few lone wolves let off fireworks on the beach behind the stage, Prototypes were finishing with a drilling drum and bass sound that shook our chests to our core. 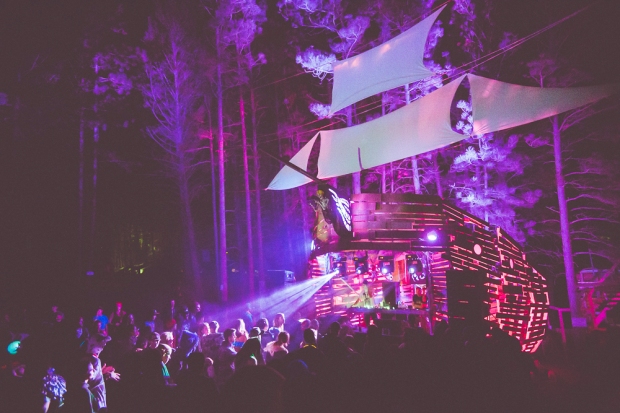 Immediately after we took a change of pace to the likes of Featurecast. I had heard of this artist from another respected producer during a previous interview in January, and since then I have heard more and more hype building up to this set. His beats were the epitome of funk, mixing modern beats with the old school tunes everybody knows and loves. Underlying every new drop was a crisp bassline, and the vibe was the perfect refresh after such a wild night of drum and bass, which Featurecast kept alive by mixing in some harder bass and faster BPMs right to the close of his set. Coming to the end of our night, we found ourselves in the Forest for digaBoo who played a wonderful set with lots of upbeat and fun beats, and brought it all to a close for this writer.

The magic of Fozzy is palpable in the air around you, wherever you roam. Reminiscing on the goddesses hooping all day on the beach, the memorable parties (and close calls – looking at you, pirates!) taking place on the houseboats, and the incredible music lineup we were treated to all tied into the perfect wrap up for the Calgary festival crew. Two thousand people, and so very many of them were friends – I couldn’t have asked for a better experience than FozzyFest 2015. 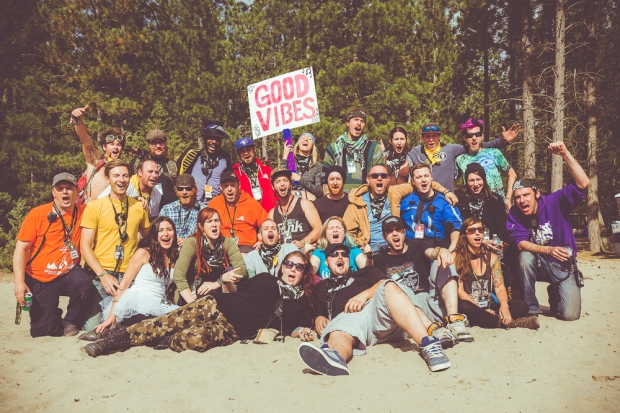