Imagine walking through a mountainous forest led by one of your favorite musicians, finding yourself serenaded by his acoustic melodies while you dry off in the sunshine after a skinny dip.

Wanderlust provided this and more, and continually tested our own imaginations as we were consistently impressed by the variety of experiences this festival had to offer.

Our first day began hiking with Garth Stevenson. With his Dad alongside, and his double bass strapped to his back, we made our way into the forest and onto a riverside rock where we were guided into a meditative trance. From the woods, to the desert, to Antarctica, this divine mans music is certainly inspired by nature. The woods of Whistler created the perfect platform for Garth to create a harmonious blend of some of his most loved work with some improvisation inspired by the beautiful setting we were in. This was the perfect start to our day, and set the tone for a magical weekend. 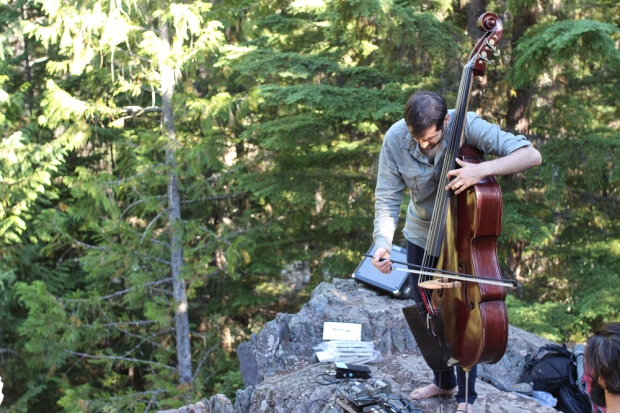 Friday afternoon we had the opportunity to hike with Nahko of Nahko and Medicine for the People. Nahko created a very welcoming environment for people to get to know him and his music on a more intimate level. Lakeside, we listened to Nahko share the stories of his lyrics while he and one of his bandmates jammed and sang to a small group for well over the allotted time for the hike.

Friday night, Nahko lit up the main stage with Medicine for the People, raising the vibrations of the olympic plaza stage, setting the tone for an energetic evening of dancing and good times. After Nahko’s set, the High and Mighty Brass Band led a parade of Wanderlusters from the Olympic Plaza to the Whistler Convention Center, providing an excellent mode to move the party across the village. Inside the Whistler Convention Center, DJ Drez, Marti Nikko, and MC Yogi created a high energy set that had the whole crowd dancing despite two days of intensive yoga classes. 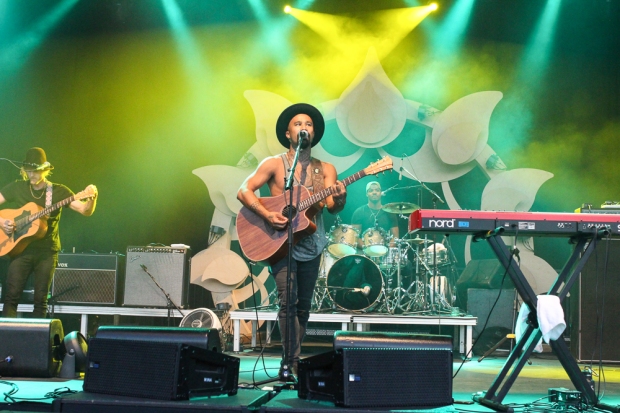 Saturday night, Michael Franti returned to Whistler after headlining the first Wanderlust Whistler four years ago. Franti holds a big energy that he shares on stage and in the crowd, making his shows feel intimate and special. There was a good blend of classics and new music. Franti kept the crowd jumping and the energy pumping which made for a dynamic and spirited set.

Once again, the High and Mighty Brass band carried the crowd from one venue to the next, although the mellow tone of Karsh Kale was not the best fit for the Saturday late night set. Fortunately, the crowd adjusted well, and took the opportunity to relax to the zen beats of Kale.

Sunday, we were graced with the presence of Sarah Neufeld of Arcade Fire. Sarah and Ryan Leier collaborated in the offering of the workshop; Sarah sharing the importance of a regular yoga practice, especially while on tour. The beautiful vibrations of her violin held space for a self led, improvised practice, with interludes of Ryan’s offerings of the philosophy and psychology of Yoga.

The music continued into the afternoon, when Michael Franti once again took over the main stage at the Olympic Plaza, playing alongside a moving yoga class turned dance party lead by Seane Corn. This experience carried a spirited reminder that we poses the power to be the change we wish to see in our world. The Franti, Corn duo was heartwarming and sure to stir a few tears – the perfect ending to an incredible weekend. 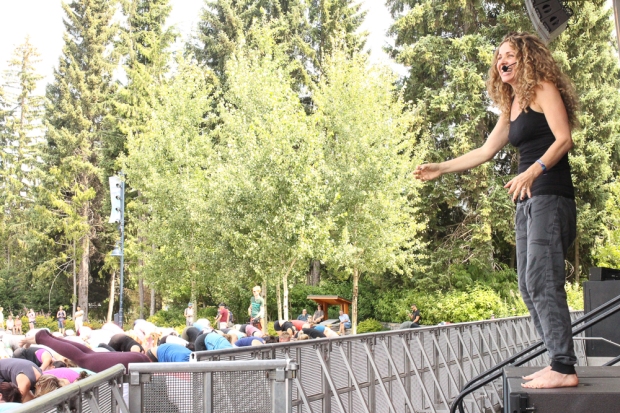 Overall, Wanderlust had us joyously taking in the diverse musical offerings and unique opportunities to connect with the artists. Considering that the festival didn’t end until Monday, it was lacking a musical lineup on Sunday night, although the evening of rest might have been welcomed. The festivals greatest strength and weakness is that there is a schedule jam packed with incredible offerings – making the greatest challenge finding time to take it all in. 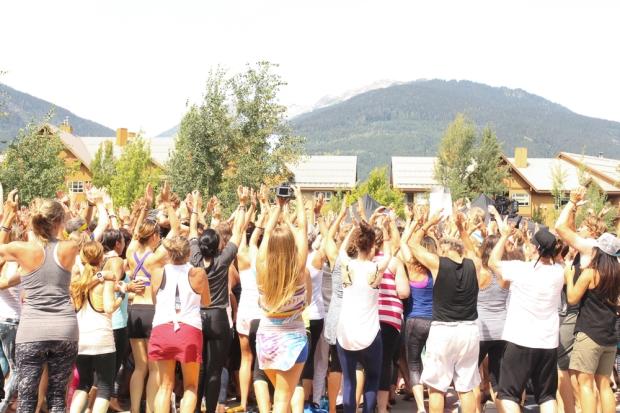 Thank you for the incredible weekend, Wanderlust – we’re already looking forward to next year.