As always, Phillips Brewery and Atomique Productions know how to please the thirsty ears of Victoria’s beer and music lovers, and although we most definitely got wet, nobody seemed to care because our eyes were full of light and our feet danced like dragonflies on water.

Upon arrival on day one, I was greeted by the smiling staff of Source Security who quickly and efficiently ushered me through the front gates. I have to say Atomique really has it figured out when it comes to liquor line ups as well. Pre-purchasing beer tickets seems to be the best way to keep lines short and continuously moving. 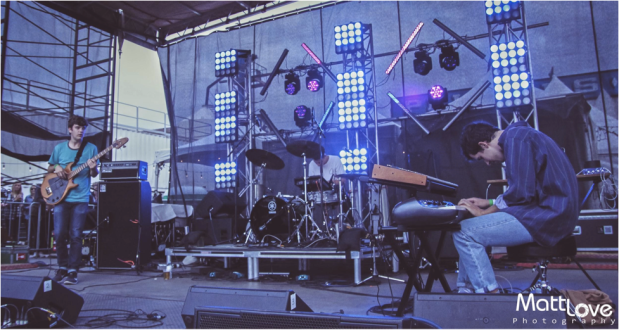 Friday night was most definitely full of the best surprises. From rain, to surprise DJ sets it was hands down the most memorable night for me. As soon as I hit the dance floor for the amazing Easy Star All Stars I effortlessly located my Superfriends at our usual festival spot: front right. Instead of running for cover when the rain began to fall, I embraced my inner hippie and basked in its much-needed sustenance while my Superfriends and I revelled in musical pleasure.

After ripping it up on the dance floor with new friends and old, my energy began to falter so I decided to grab a coffee from the Discovery Food Cart. As we approached the front of the line however, my ears perked up as I heard an announcement introducing my favourite BC locals The Funk Hunters, and what a set! The first Superheroes of the event! Despite their last minute addition to the lineup, as always, these guys energetically threw down some funkalicious tracks before Talib Kweli hit the stage for the final set. 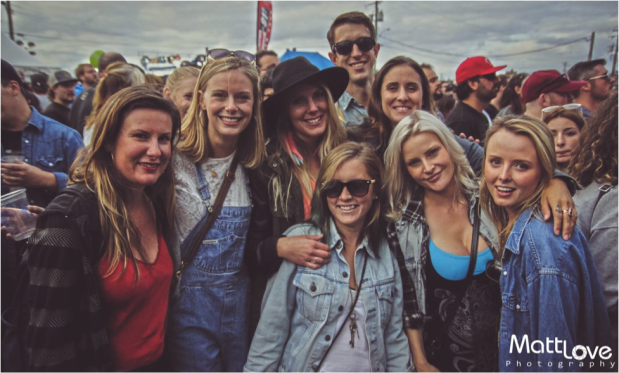 The second Superhero was most definitely DJ Murge who stepped up to the plate because Talib Kweli’s DJ for the night was unable to attend due to last-minute unforeseen circumstances at the border.

“What you saw was a true master, it was the most difficult DJ set a person could do. He was playing for a hero of his with no warning, and had to adapt quickly. He did it with flair and skill. We’ll never see anything like that again,” said one Superfriend, Joel Cran, about what he calls “the highlight of the concert”.

Talib Kweli also dominated the stage with authentic lyrics and a genuine message. At the end of the night Duncan Smith of The Funk Hunters recalls Talib Kweli’s influence on his love of hip hop:

“Talib Kweli was for me, being a lover of hip hop and the album he did with DJ Hi-Tek in the early 2000s Reflection Eternal, was like a monumental shift in my consciousness of hip hop… I think it was cool to see someone roll in and, literally his DJ doesn’t even make it in the country (and shoutouts to Murge for fucking killing it!), come in and throws down. Talib represents such a real style of hip hop [and] has been about representing a culture of real people, real community, and what he really cares about.”

Saturday’s festivities were more of a blur for me, but from discussions from friends, here are some highlights. The third and fourth Superheros of the event would have to be Watsky, who straddled the scaffolding like the cowboys at The Duke Saloon, Victoria. After Watsky, Badbadnotgood’s fresh faces graced the stage with their youthful sounds and I have to say the piano player was probably my favourite since his demeanor reminded me of my favourite Snoopy character-Schroeder. Finally the USS put on a show that had my Superfriends and me jumping with our hands in the air and our heads nodding aggressively to the beat (can you say whiplash?) 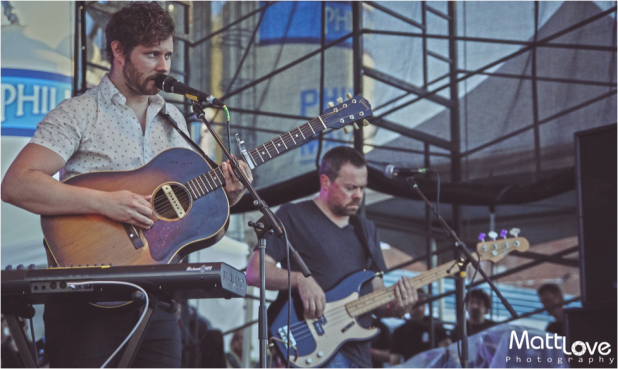 By Sunday most of my Superfriends were exhausted and ended up ditching out for Netflix and couch cuddles. But luckily for me I live in one of the friendliest towns in BC and made some new pals who adopted me in to their crew for the last three sets by Built to Spill, Jon and Roy and Dan Mangan.

Sunday’s show was a perfect end to a fantastical weekend. As the sun went down during Dan Mangan’s set I snapped a few personal photos of all the smiling faces on my instagram. What a weekend. I was tired, my muscles were sore, and my feet burned yet my heart was full. Thank you to all the artists, staff and volunteers involved in this amazing three day event. A special shout out to the security in Kilts with those amazing socks! I had an absolute blast and can’t wait to do it all over again at Atomique’s upcoming event Rifflandia. I’ll see you on the dance floor – front right!