The Do LaB has a special place in the heart of Betty and Kora, as it was the birthplace of the blog, all the way back in 2013! The Do LaB stage, unlike Coachella festival’s other five stages, will change its lineup each weekend. Musicians will come from afar – Berlin, France, Australia, England, and Spain – to play this memorable stage. 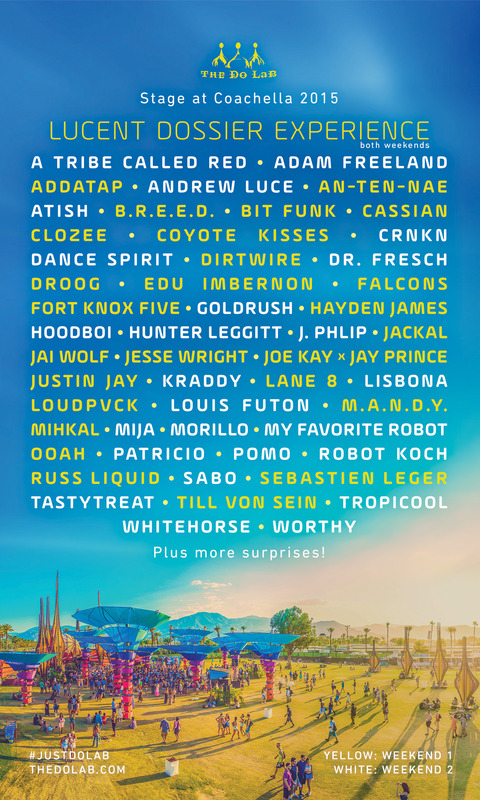 Previously, Do LaB has been inspired by nature and exotic plants when building their immersive environment for the festival. This year, the inspiration comes from endangered whales. The stage and its encompassing area serves as a mini-oasis with much-needed shade and misters to cool off the Coachella crowds during the hottest parts of the weekend.

Based in Los Angeles, Do LaB’s mission is to craft experience as art and bring communities together. Aside from showcasing musicians throughout Southern California, Do LaB is well known for creating unique art installations/stages and curating cutting-edge acts at Coachella in addition to producing Southern California’s Lightning in a Bottle, and the 2012 Winter Solstice event The Great Convergence, which took place at the pyramids of Giza in Egypt. Do LaB’s work has also been showcased at Virgin Music Festival, Global Gathering, Portugal’s Boom Festival and many more.