Snow Globe Music Festival 2014 – held in South Lake Tahoe, California – was the ideal event to toast off 2014 and welcome yet another glorious year! The end of December presents a time to pay homage to our triumphs, bid farewell to our not-so-graceful-moments, and ultimately allow us an opportunity to end the year on our terms. So why destine to Snow Globe? Well, to me, the name of the festival, itself, holds the key. It’s for the same reasons that during my youth, the ornate snow-dome originally caught my attention.

Briefly venture with me; go back to the first time grasping the majestic crystal ball in your hands, a contained winter wonderland, all the necessary ingredients held within this confined realm, dormant. Then a prompt swirl would invigorate a whirlpool of flakes to shimmer upon the fixated reality. Remember the comfort that would come from the brief moments of peace while watching the snowflakes gracefully fall upon the otherwise resting landscape. It is those two to three seconds, watching the lush scenery sparkle with life, that the festival’s spirit is captivated. That is what SnowGlobe’s music festival is all about, creating those pinnacle moments of controlled chaos in our lives. An uproar to the stagnant, yet a moment in time where we are completely content with our presence, not longing for something more, simply living within the moment. Appreciative of the scenery, community, and atmosphere infused by the sonic vibrations of assimilated voices, that we call music.

Okay, Okay. Thanks for staying with me so far. Let’s talk about the charm at the core. The music festival was held over the three days leading up to the New Year in Northern California adjacent to the Nevada border. Performing on three stages, artists included the likes of Odesza, Porter Robinson, Skrillex, Disclosure, Zedd, and Atmosphere to name a few. What made this festival so impressive was its distinct caliber of talent, yet accessible stages. At one point I was being mesmerized by Porter Robinson’s live set at the main stage then moments later, 30 meters away, I was able to groove with Odesza in the Sierra Tent. Imagine that.

Taking a step back, this being my first year attending I had no idea what I was getting myself into. Despite attending my fair share of festivals, I had yet to experience an open air event in sub-freezing degree weather. The evenings were on average roughly negative 12 degrees Celsius. A key rule, I quickly learned, was to keep moving to stay warm. Just kept on dancing as if to save my life. Luckily, that was not difficult considering the constant jams from the musicians.

Here are some highlights:

Day 1 – Emancipator ensemble out the gate provided the initial vibe. Creating a euphoric atmosphere with its mellow beats, soothing the soul.

Then venturing to the Sierra Tent, Party Favor followed by Bro Safari and accompanying MC, Sharpness, kicked off the party – rocking the tent with dance music.

Although lacking a member out of the duo, Disclosure (DJ set) next took the main stage. Delivering the rhythm we have all come to love. The stunning visuals injecting the audience into trance like states.

Meanwhile, attendees were insulated in the warmth of the The Igloo stage; an indoor tent with a bar inside hosting the talents of Le Youth, Aeroplane, and many others.

Those waiting patiently during the main stage intermission were rewarded by Skrillex’s headlining set. The amount of energy he brought was unparalleled! Masterfully mixing genres, while holding that classic Skrillex up-tempo, dark, performance. At one point he played the Star Wars tune (to his iconic alien backdrop) and then seamlessly dropped Big Sean’s “I Don’t F*ck With You.” The turn up was real. And just to top off an already spectacular day, during his last few songs – unbelievably in coordination with the fireworks exploding in the sky – it happened. The reason Snow Globe is an iconic destination event; the first festival snow fell upon us. It felt magical!

Continuing on a similar note, kicking it off with day 2, Snakehips did not disappoint.

Needless to say, the party at the main stage didn’t fret. Phantogram put on an amazing performance despite having to play, according to them, in the coldest weather of their lives. Sarah Brathel, yes I have a crush on you.

The day’s ultimate predicament was deciding how divide the time between Odesza and Porter Robinson’s Live set. I couldn’t decide either – so I chose to hear both. For a few moments I listened simultaneously. Bliss, I know. The close stage proximity made this all possible.

Odesza started their set by proclaiming that they wanted to play some weird music and get down with the crowd. The completely packed tent loved it! We even had the privilege of listening to some of their new stuff- to say the least, epic!!!

All the while, Porter Robinson invited Snow Globe to enter his deep and enchanted world during his live set. Bringing his live production to a festival for the first time in North America. The same life-altering production that is set to play on the Coachella 2015 line-up.

Day 3, however, started with unexpected line-up changes. Playing at a later time, Lex took the stage at 5 pm; forcing Cherub (doses and mimosas duo) into the special guest slot that we were all excited and curious to see. Surprise, surprise there was no special guest.

Regardless, the day needed no salvation with its already stacked lineup to finish the festival. Playing an hour and half, Zedd took charge and kept the crowd throughly enthralled by a wholehearted set and a lucid light show coupled with timely pyrotechnics.

In the Sierra tent, Trippy Turtle provided the sweet lovin’ soundtrack to prime the fortunate couples in their post-show escapades. Should be noted, photos were selected in a manner to maintain this DJs anonymous nature. Stay Trippy, Turtle!

With all these amazing acts, who was my festival favorite you ask? Without a doubt, I was floored by the incredibly real performance that rapper Slug, better known as Atmosphere, delivered. Playing an extended set, filled with favorites like Sunshine, Yesterday, You, GodLovesUgly, and Trying to Find a Balance, all tailored to his avid Tahoe listeners, which even included a live freestyle to top off his set. It goes without saying that our cabin was bumping his tunes the next day, reliving the legendary performance.

Finally the last hoorah of 2014 and first marking of 2015 was to the sweet melodies of Flume. To get a better idea of the shared experience of midnight striking, check out the recap video by cinestheics.

Above all I want to send Betty and Kora endless hugs for having me as an affiliate correspondent and the Snow Globe crew for making it all happen.

Starting off with a high note I can’t wait to see what 2015 holds. Cheers! 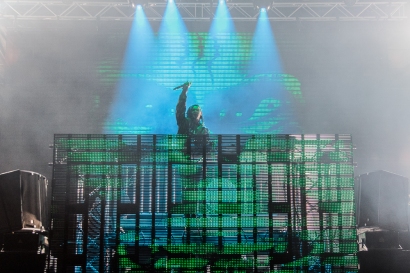 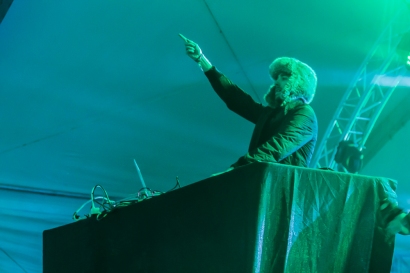 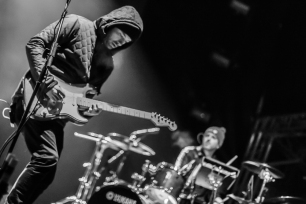 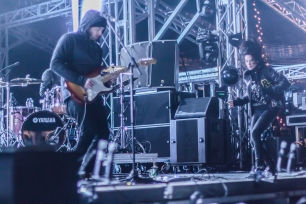 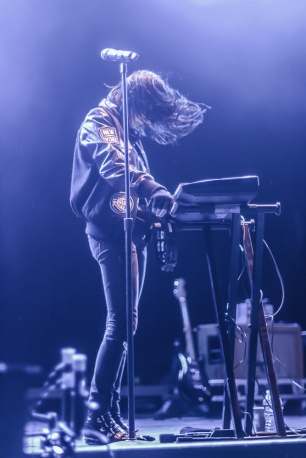 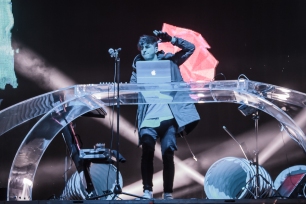 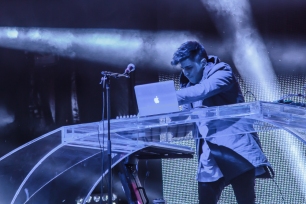 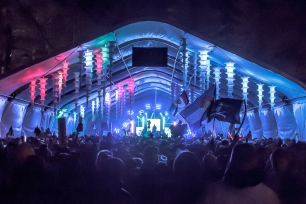 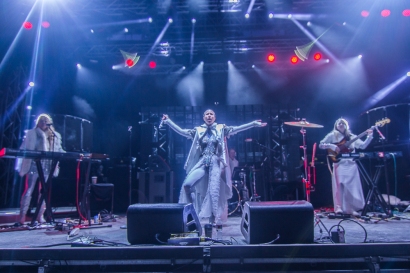 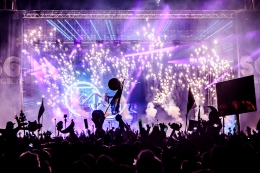 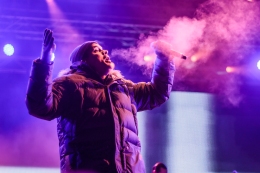 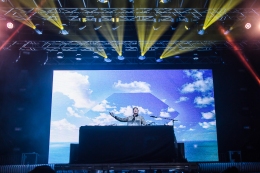