In its fifth year, Tall Tree Music Festival is going bigger than ever before. Expanding beyond Vancouver Island, Tall Tree is coming to the Mainland for the very first time to ring in year number five. Supported by major names in the Vancouver music and arts scene, most notably The Peak FM and The Georgia Straight, Tall Tree along with Betty and Kora, are hosting the Vancouver Launch Party on Saturday, April 26, 2014, at the Electric Owl Social Club, 928 Main Street, from 10:30pm-2:00am.

The launch features Vancouver based Sam Demoe and WMNSTUDIES and Whistler headliner Skiitour, as well as the Vancouver screening of “Inner Animal” a film created by Daniel Pender in conjunction with Tall Tree Music Festival. 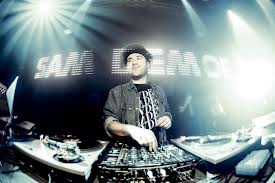 We hope to see you all tomorrow night at the launch party! Garnering attention by Live Nation, Exclaim Magazine and Vancity Buzz, tomorrow night is going to be one hell of preview of the ever popular Tall Tree Music Festival held on Browns Mountain, Port Renfrew B.C., June 27-29, 2014.