Disclaimer from Betty – Please note that I conducted this interview originally for Tall Tree Music Festival.  I have permission from both Gordon Blunt and the TTMF Director to post this on BK.  Just so you know!!  P.s. Tall Tree is just over two weeks away!!!!  Check it out at www.talltreemusicfestival.com and my site, www.talltreemusic.com  – Love Betty!

Betty – “I’m curious, as a kid who were your musical influences?” 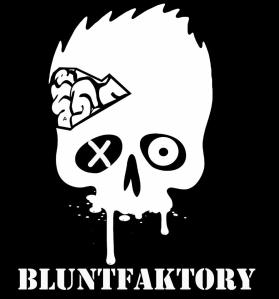 BluntFaktory – “As little kid I really liked Gary Newman.  It was the first electronic music that I ever heard.  Oh, and ELO, they had awesome videos and qusai electronic music.  When I got a bit older, I went through a heavy metal and punk phase…I was obsessed with No Means No and listened to a lot of Metallica.

Music changed for me however, when I was out on a fishing trip and The Future Sound of London’s song “Papa New Guinea” came on.  Everything changed.  I wasn’t in a good head space at the time and then this song came on… I was staring at the horizon and all of my worries seemed infinitely small, and as I stood there listening to it; the weight of the world was lifted off my shoulders.  That moment impacted my life enormously. “

BluntFaktory – “Yeah, it was a crazy moment.”

Betty – “You were interested in the Rave scene. Take me from there and how your career evolved into music and visual production?”

BluntFaktory – “I was an artist and a commercial fisherman in my early twenties and realized that I needed to move to a bigger urban centre to get involved with the art and music scene.   I uprooted to Vancouver from Victoria in 1994.  A bunch of my friends rented space in a Warehouse, using it as an art studio by day and a raging party space by night.  The studio was called Urban Evolution on Richard St and had this thirty person elevator which took two people to open in order to get in.  People couldn’t just show up to the studio, they would need an invitation that we would personally hand out to them at clubs and bars.  The parties were massive, ranging from 400-800 people strong, ripping it up to techno and a bit of house.  That’s how it all started.”

Betty – “Which festivals have you been involved with?”

BluntFaktory – “In 2000 I petitioned to create a visual show for Shambala.  I drove up and did a demonstration, which they liked, and in 2001 I was assigned to work with Rich E Rich in The Fractal Forest to create a visual show.  We set up video, film and slide projectors in the trees and used this piece of truss that hung on the tree to climb up and down, as we did this all manually.  I think we finally got a ladder last year (laughs).  Now we’re using a 60mm film loop with a 60mm film projector.  The visuals are insane.”

Betty – “What is the most ridiculous thing that has ever happened to you at a live show?”

BluntFaktory – “We flew to Toronto and did a visual show for The Flock of Seagulls.   Everyone said that they were hard to deal with (they had broken up and only 2 members from the original band were still involved) and I knew there was tension.  I mean you could cut it with a spoon.  The new angrier Flock of Seagulls looked like a heavy metal band.  It was like they were reinventing themselves.  They played their hit song “I Ran So Far Away” and then started into this insane heavy sound.  There was a crowd of 1500 people and I’ve never seen a venue pile out so fast.  It was like a fire alarm sounded and the building was burning down.”

Betty – “You’ve clearly met some pretty amazing people over the years.  Is there a musician, DJ, co-worker, artist or person that stands out for you?”

BluntFaktory – “Black and Blue in Toronto or Cindy Lopper, she was cool.  She got drunk before the show and mixed up the song order which totally screwed us up with the visuals!  Oh, and Maceo Parker , a Jazz musician, who was the backup band for Prince.  I kept getting these phone calls from a club the night that Prince played, but I was in Hawaii on vacation, so I didn’t pick up.  Turns out they wanted me to do visuals for Prince.  It’s the greatest gig I never did.”

BluntFaktory – “Yep, I’m never going to get over it.”

Betty –  “Have you ever seen a puppet show performed live during a set?”

Betty – “Someone told me to ask you about puppets.”

BluntFaktory –“ (Laughs), I started as a DJ in the 1990’s, focusing on ambient and chill music.  Friends of mine said that I needed to start spinning beats, but since I was already an established VJ, I wanted to play and create visuals at the same time, since no one really does this.  I linked up a camera to a mixer board and a projector.  I would play with puppets, which would be projected onto a screen behind me.  It was AWESOME.  As a kid I wanted to become a puppeteer, so this was combining a bunch of different interests. “

Betty-“If you had five tips for festival goers, what would they be?” 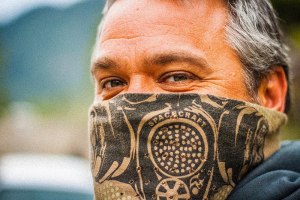